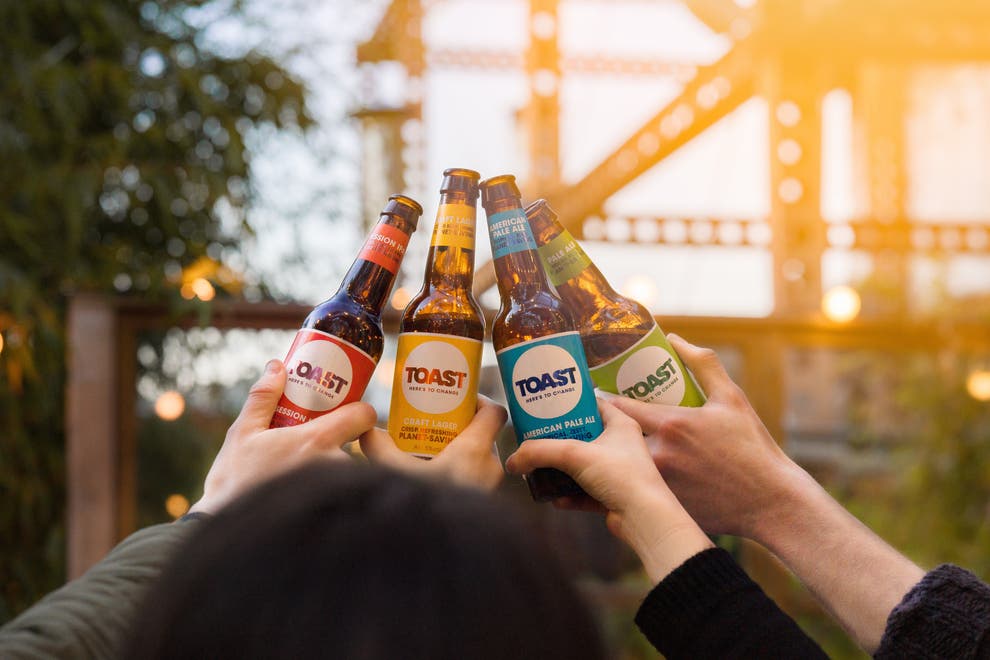 According to Rob Wilson the world can be saved with beer. The firm he co-founded and runs, Toast Ale, uses bread that would otherwise be wasted to make its award-winning beverages. “We brew all of our beer using yesterday’s bread from bakeries,” he explains. “Bread is the biggest food waste in the UK; 44 per cent of all loaves baked are wasted. We mix the old bread in with the barley and every pint of beer we produce prevents a slice of bread from going to waste.”

As COP26 enters its final stages, the adoption of sustainable practices such as this has never been higher on the agenda for businesses. And Toast Ale’s efforts are themselves good business. It makes around one million pints of beer a year and is profitable but it does not pay its founders big salaries. Instead, it reinvests in the business and gives the rest to environmental charities fighting food waste. Its latest hit product is the COP26 case — 26 cans of beer for £89.95. For each case bought, £26 is donated to eco charities.

Wilson’s company is founded on ethical principles. But even long-standing businesses need to embrace high ethical and social standards, he says. “Customers increasingly expect it, staff often demand it and it’s the right thing to do. SMEs can put profit, planet, people all together, in equal measure, to create a triple bottom line — a win, win, win.” It’s a message he will drive home at the Evening Standard SME XPO in May.

Peter Flavel, Coutts bank’s chief executive, agrees with the importance for businesses to be on the right side of the debate on social responsibility. He argues COP26 is a turning point.

“Until this year, it was mainly governments and NGOs that attended but for the first time there was a significant delegation of CEOs. SMEs were represented... Real traction can be gained by making sure they are engaged with the idea of profit through purpose.” Like Toast Ale, Coutts became a B Corp — which certifies that a company is achieving the highest social and environmental standards — this year and is encouraging others to follow its lead.

Bigger players can learn a few things from SMEs when it comes to social responsibility, says founder of luxury circular fashion resale website Hewi (Hardly Ever Worn It), Tatiana Wolter-Ferguson, who will also attend SME XPO. “Large corporations can’t change overnight. Companies like Hewi are more agile, closer to customers, so we can be the disruptors, the ones that can act quickly and nimbly and get ahead on the latest trends.”